IntaForensics Chief Security Officer Damian Walton and Principal Cyber Incident Response Specialist Simon Biggs will be featuring in ITV’s Tonight Programme “Fraud: The Public Threat” screened on ITV at 7.30pm this evening (Thursday 12th September).  During the programme, presented by Julie Etchingham, Helen Skelton will report on the ever-present threat of phishing and vishing attacks, of which Helen herself was a victim, losing tens of thousands of pounds. 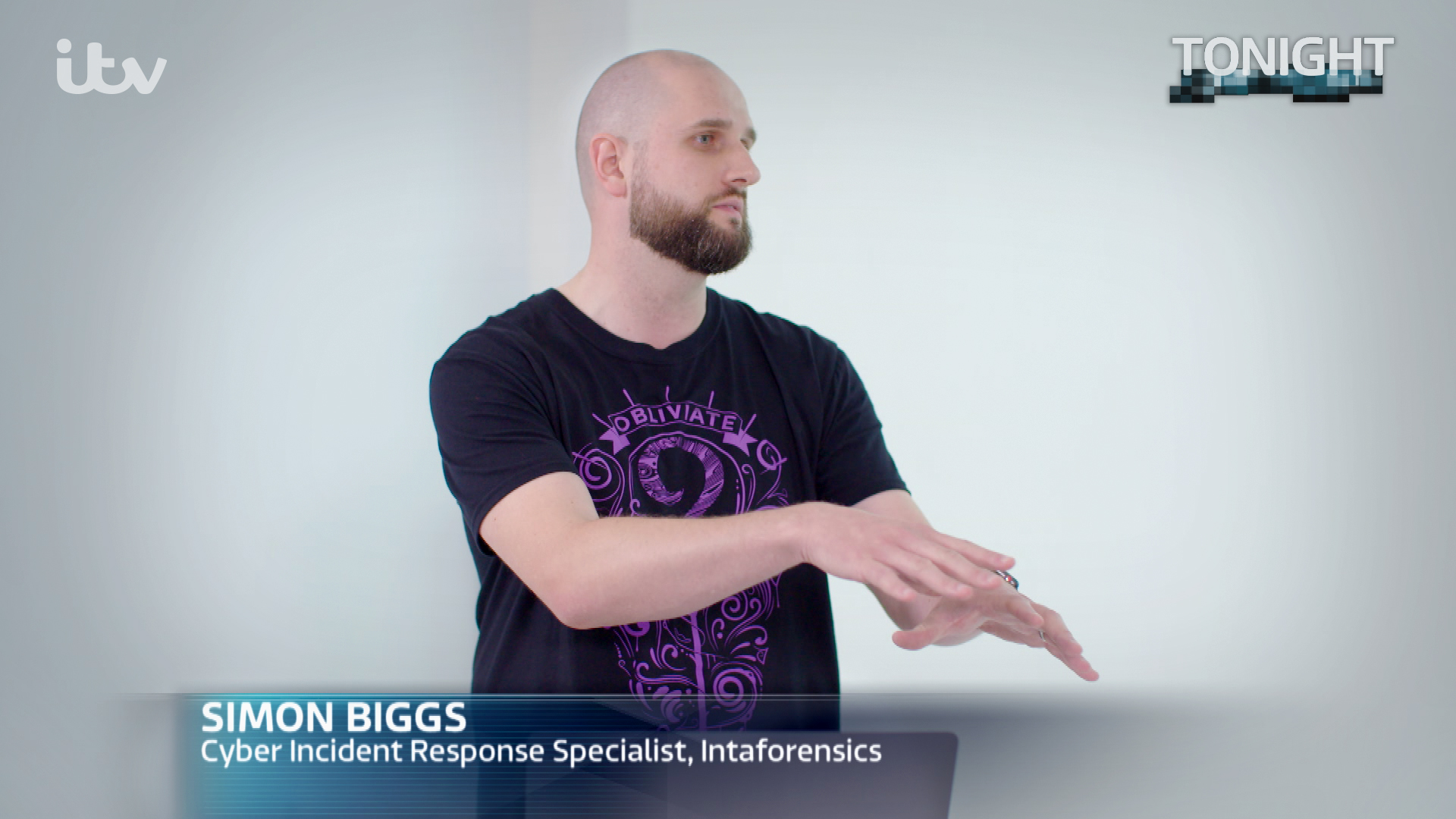 Damian will provide the perspective of a frontline cyber incident response company who deal with cyber-related attacks on a daily basis and knows all too well the devastating consequences that a successful attack inflicts.

It is hoped that the programme will inform both the public and organisations and encourage all users of technology be alert for attacks and take the basic steps necessary to provide some degree of security and reassurance.

In May this year, Tonight reporter Helen Skelton received an email. It appeared to be from TV Licensing, and said that it was her ‘last day to remain licensed’ but that her direct debit had bounced. It instructed her to pay an overdue balance of £11.95. Little did Helen know: when she clicked to pay that small fee, it would actually begin a chain of events which would allow criminals to steal an astonishing £70,000 from her bank account.

Helen was the victim of an impersonation scam – criminals had sent a fake TV Licensing email to get hold of her bank details, then followed it up with a call purporting to be a representative of her bank. Through this call, they were able to get enough information from Helen to bypass her banking security. But she’s not alone: since April 2018, Action Fraud has had over 900 reports of people falling victim to this particular TV Licence scam – they’ve lost around £800,000.

And that’s just one kind of con. Every minute, an average of seven of us are targeted by fraudsters. That’s a total of 3.8 million reported frauds a year. The number is growing – half a million more people were targeted last year than in 2017.