IntaForensics® announces that as of Tuesday 13 October 2020, the company has successfully exited the Company Voluntary Arrangement (CVA), ending much earlier than anticipated. Relevant statutory records should be updated in due course to reflect this fantastic achievement. IntaForensics are in this long-awaited position today as a direct result of the incredible hard work, effort and dedication demonstrated by all staff, the support of our clients and suppliers over the past two and a half years. 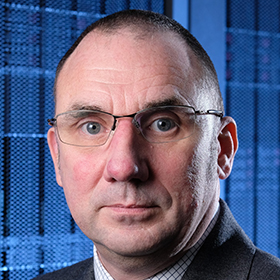 Andrew Frowen – CEO and Founder, ‘Successfully completing a CVA is a tremendous achievement with the process often sadly ending in further restructuring or an immediate collapse, compounded by difficult trading conditions in 2020 has been a challenge to navigate.  We are additionally delighted that we have been able to conclude the process almost six months earlier than expected.  I am incredibly grateful to all at IntaForensics who contributed to this success not least Begbies Traynor (https://www.begbies-traynorgroup.com/ ) for their invaluable support’

IntaForensics had been trading predominantly in the digital forensic scientific provision space to law enforcement and government agencies, demonstrating considerable annual growth and sustainability since the company formed in 2006.  Following the Forensic Science Regulator’s (FSR) mandate for all digital forensic providers (public and private laboratories) to be accredited to ISO/IEC 17025 and the FSR’s Codes of Practice and Conduct by October 2017, IntaForensics fully embraced the requirement to become an accredited organisation, commencing a resource intensive project in 2015 in order to complete the requirement by the deadline with successful ISO/IEC 17025 accreditation being achieved in January 2016 ahead of the deadline.

IntaForensics ISO/IEC 17025 accreditation has been successfully maintained and constantly extended since that date.  Unfortunately the lack of statutory powers for the FSR meant that the mandate could not be enforced and IntaForensics has since competed for forensic casework against non-accredited organisations who are able to offer lower cost, driving the base cost of such services below an untenable limit.  IntaForensics had positioned itself to provide support to law enforcement and the Criminal Justice system post-accreditation deadline and it simply was not viable in that economic climate to sustain the cost model.

Katherine Frowen – COO, ‘The IntaForensics SMT were committed at the start of the CVA  process to proceed with dignity and determination, and provide all those who supported this journey with clear communication, this is testament to the integrity and the ethos of the business. The CVA has taken us to places we did not know existed, both were physically and mentally challenging, however, this has very much made us stronger and even the onset of the pandemic has not deterred the team – so we have come out of this process better leaders and more capable to take IntaForensics forward, we look forward to the challenges and positive times to come.’

By the end of 2017, it became clear that without statutory power for the FSR, the IntaForensics business model was unsustainable and financial and structural reorganisation had to be taken to ensure that the company survived in a less than balanced supplier market.  At that time, the IntaForensics Board were faced with a number of options and were advised that the chances of successfully completing a CVA were minimal and that a pre-pack administration was an alternative, nevertheless, the IntaForensics Board had the united belief that with commitment, the support of staff and a critical restructuring of our business model, we could succeed and complete a CVA and protect the business in the future. Creditors voted in favour of the plans and the company entered a CVA in April 2018.

IntaForensics at the point of exit from CVA, has continued to realise stabilisation and growth, and is operating the full provision of digital forensics and cyber services as ‘business as usual’, growing its capability such as adding in–house cell site analysis and fraud investigations to its portfolio of services in early 2019, whilst enjoying steady growth across all business areas and achieving a positive P&L for the FYE2019 accounting period with revenues of £2.2m and a cash positive EBITDA and over 45% growth in FYE2020 with revenues of £3.2m and an increase of 393% in EBITDA.

IntaForensics are stable and growing (notwithstanding the current pandemic uncertainty) and uniquely placed in the UK as the only digital forensic and cyber security provider globally to hold both accreditations to the mandatory ISO/IEC 17025 whilst also accredited as a Payment Card Forensic investigation (PFI) company by the PCI Security Standards Council.

Damian Walton – CSO, ‘This is a landmark day in the history of the company.  I have witnessed first-hand the immense effort from all over the past two and a half years that has brought us to this fantastic conclusion.  A sincere thank you to my fellow Board members and everyone who has played a part in this achievement and I am now looking forward to the forthcoming opportunities for growth, expansion and success.’