What was it about IntaForensics that made you want to join the company?

What experience do you have in law enforcement and the criminal justice system?

“I joined Northamptonshire Police in early 2007 and I followed the usual route of working through the police, starting as an officer; I’ve trained and mentored student officers, but it wasn’t until 2012 that I really started to move into the digital space.

“I became an intelligence officer, working with the control room dealing with live spontaneous incidents and developed intel using open-source (now referred to as OSINT) research. As soon as I got to work in digital investigations, I discovered I had a passion for it. I then got the opportunity to help set up the Cyber-Crime Unit in 2014. I became one of the first Digital Media Investigators to go through the training program and have since been involved in designing the DMI training courses with the College of Policing.”

What would you say is the most interesting and rewarding aspect of your job?

“What I like about digital evidence, digital investigations and cell site analysis is that we are impartial to the investigation. There’s no side that we work on, we are our own entity and ensure that the data has been reviewed, rather than work on the side of prosecution or defence.

“It’s also rewarding knowing that you’re helping the court to understand the digital data, talking them through what this could mean in a case.”

What is the most challenging aspect of your job?

“Capacity and the timeframe to turn something around. We’re a strong team of investigators who can turn cases around quickly, but, in the criminal justice system, it can be very last minute, which puts pressure on the investigation.

“There’s also a lot of change in the digital world. New apps are being developed and constantly updated, meaning that TikTok could be the trending application one week, then the next it’s something brand new, meaning we are always having to learn about how these new apps could be used in a digital investigation.”

How do you see Digital Investigations developing in the future?

“With technology developing at the pace it is, there’s so much further it can go. Just look at cell site analysis, which was initially only used for murders and serious sexual offences. Now you’ll see it used in a lot of other crimes including drugs conspiracies, burglaries and other crime. So, in the same way that cell site analysis has developed, I can see digital investigations developing too.

“Technology isn’t going away, we live in a society dominated by social media, where people crave likes and comments on their posts, and as the next generation grow up in that environment, there’s only going to be more and more evidence on key information on crimes appearing online. As a result, we will be at the forefront of collecting that data, supporting and helping the criminal justice system.”

What advice would you offer to someone who is new to the industry?

“I would tell them to approach it with an open mind and don’t get stuck in a way of working, as if you develop a process, you shouldn’t just assume it is always going to work. You could be searching a social media application one day and overnight there will be a software update and will change the way you search it.

“I’d also suggest becoming an investigator first and develop your investigation skills. Ask the difficult questions and set a strategy. If you’ve got an investigative mind, this should see you well in any investigation, whether it’s a digital or physical one.” 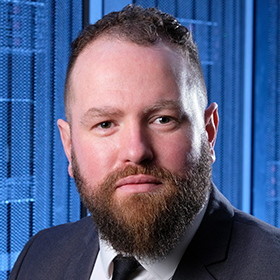 Thank you to Carl Osborne for his time and insight. Learn more about IntaForensics and the team.

For more information about our Digital Investigation Unit or the services that are available, please contact us.